Rashid Khan has picked up 17 wickets from 11 games he has represented Sussex in the T20 Blast, at an impressive average of 14.35 and an even better economy rate of 6.59

His side now stands at the fourth position in the South Group and are one step away from sealing a place in the quarter-finals of the T20 Blast. Rashid has been a mainstay of Sussex’s bowling attack and has picked up 17 wickets from 11 games he has represented them at an impressive average of 14.35 and an even better economy rate of 6.59, which is a hallmark of his bowling. He currently stands at the sixth position amongst the top wicket-takers in the competition.

“Sussex Cricket would like to thank the ACB (Afghan Cricket Board) for their flexibility in allowing Rashid to remain with the club beyond his initial seven-match agreement,” a statement on the club’s website read. “Everyone at the club would like to thank Rashid for his contributions on and off the pitch during his first spell with us,” it added.

Afghanistan are going to battle it out with Ireland in a three-match T20 series followed by an ODI series with an equal number of fixtures. Ireland have handed international cap to 20-year-old seam bowler David Delany for these limited overs fixtures.

The T20I series kicks off on August 20 in Magheramason with the rest of the games also scheduled at the same place. The ODI series is going to be played in Belfast. 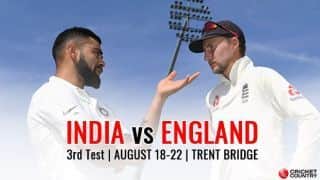 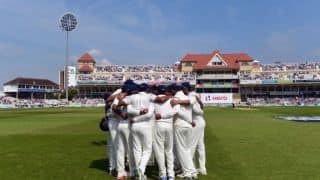