Former Pakistan captain Rashid Latif today suggested that Indian batting icon Sachin Tendulkar should take counselling from a sports psychologist to get over the "mental block" caused by the continuing wait for his elusive 100th international century. 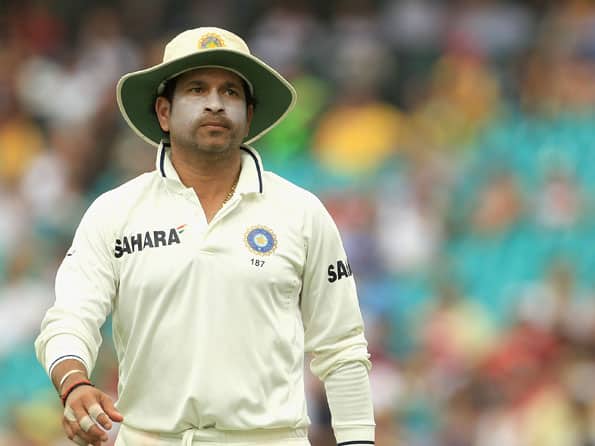 Former Pakistan wicket keeper Rashid Latif feels though Sachin Tendulkar may not admit, he is facing a mental block because of the hype surrounding his hundredth ton Getty Images

Former Pakistan captain Rashid Latif today suggested that Indian batting icon Sachin Tendulkar should take counselling from a sports psychologist to get over the “mental block” caused by the continuing wait for his elusive 100th international century.

“He is under pressure no doubt about it. He might not admit it but he is facing a mental block because of this hype over his milestone. It would not be a bad idea for him to get some counselling from a sports psychologist,” Latif suggested.

“He is batting well and he is looking good out in the middle. It is just a mental block and pressure that has prevented him from reaching this milestone earlier,” he told PTI.

India lost the first two Tests after batting collapses with Tendulkar scoring a half century in each match but failing to get to his elusive 100th international hundred.

Latif said he had a feeling that Sachin would get the hundred in the final Test and definitely in the series. He said the world’s top athletes at some time in their career required counselling to get over mental blocks.

“It can happen to anyone,” he added.

Latif pointed out that there was no other plausible reason for Tendulkar not scoring his 100th international hundred.

“I have seen many of his innings in the last 10 months and in these two Tests and he is definitely not out of form or facing issues timing the ball. He is moving well and is balanced at the crease this can be judged by the fact that he has scored runs but fallen short of the hundred,” the former Pakistan captain pointed out.

Latif also felt that critics and former players calling for the heads of their senior batsmen need to accept that India didn’t have the bowling firepower to bowl out Australia twice.

“How can any team hope to do well with a bowling attack that lacks penetration, experience and can’t provide support to its batsmen. The problem is apart from Zaheer Khan they don’t have much variety and options. Dropping Harbhajan Singh for the Tests was also a mistake because clearly Ashwin is not ready for Test cricket.” (PTI)