Ravi Bopara, on Wednesday, warned England to avoid any complacency against a dangerous Pakistan team despite racing into a 2-0 lead in their one day international series. 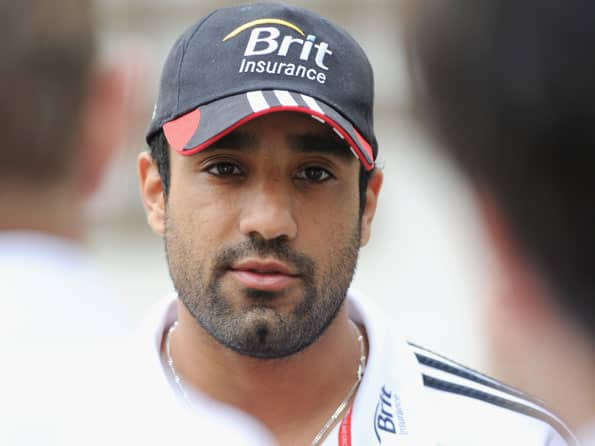 Ravi Bopara, on Wednesday, warned England to avoid any complacency against a dangerous Pakistan team despite racing into a 2-0 lead in their one day international series.

England won the first match by 130 runs on Monday and then doubled the lead with a hard earned 20-run win in the second on Wednesday – both in Abu Dhabi.

Bopara hit half centuries in both games and assisted his captain Alastair Cook – who hit successive centuries – to help England post challenging totals in both the games.

But Bopara warned Pakistan can still bounce back in the last two games on Saturday and Tuesday.

“Any series where you go 2-0 up is pretty good,” said the 26-year-old. “But we’re keeping our feet on the ground. We know from the Test series what Pakistan are capable of. They are a very unpredictable side,” said Bopara.

Bopara, part of the England team which lost 5-0 in India last year, said a win of this stature in sub-continent conditions would be great.

Bopara warned against thinking of a 4-0 win.

“I wouldn’t want to think like that. We’ve done that in the past. Individually we’ve got a bit giddy and things just go wrong. So we’re not going to look too far ahead.

“We’ll just keep doing what we’ve been doing in the last couple of matches and worry about our skills and dealing with that Pakistan bowling line-up,” said Bopara.

Bopara, who has so far scored 1668 in 71 one-day internationals, said his good form was pleasing.

“I feel good. I felt a lot better yesterday than I did in the first game,” said Bopara of his 58 on Monday when he added 131 with Cook for the third wicket. “I was just getting used to the bowlers and it was my second game since October.

“It makes a massive difference once you’ve had that time at the crease. The good thing is Cook is in great form. Hopefully he can go into the third match and get some more runs,” said Bopara.

Bopara said he has tried to soak up the pressure.

“That’s been a massive thing for me. We have to soak up the pressure as it’s going to be tough in the first 15 or 20 minutes,” he said.

“It has got easier as the innings has gone on. Once you’re in for about fiveovers, you get used to the pace of the wicket, the bowlers. It gets a lot easier.”

Bopara, who played one Test against India last year, said he was not thinking far ahead in his career.

“I’m not analysing where I am at the moment. I remember in the summer, against India, I had a good series but then I went out to India and didn’t have such a good series. Things can change so quickly.

“I’m just keeping my feet on the ground. I’m just thinking about Saeed Ajmal and how I’m going to deal with him.”(AFP)