Ravi Shastri talks about his upcoming job as the Team Director.

Aug 20, 2014
Ravi Shastri is looking forward to his tenure as the Indian team director for the upcoming One-Day International (ODI) and Twenty20 series against England, though he reiterated that one must not expect immediate miracles from him and his team.

The former Indian batsman, who was appointed the team director [a first in Indian cricket] after India’s disastrous Test series in which they were bulldozed 1-3, expressed his thoughts on the upcoming job in an interview with The Telegraph shortly after the decision was announced by the Board of Control for Cricket in India (BCCI) on Tuesday.

Shastri said that it was an honour to serve the Board and the country both as a player and in a managerial role. “It’s an honour if the country wants you to do something. It’s by playing for India that I’ve become what I am. It’s because of the Board as well. Both in 2007 and now, I gladly said ‘yes’,” Said Shastri, who was apporached by the BCCI secretary Sanjay Patel and the interim President Shivlal Yadav for the role.

He also reiterated that the fans must not expect an immediate turn-around of things during the limited-overs engagements. “Don’t expect a miracle in 15-odd days,” was his advice for anyone waiting to pounce on him and the team in case of a failure in the ODIs.

Shastri admitted to being disappointed at India’s abysmal performance in the Tests as he harboured certain expectations from the young team, which won the second Test at Lords and then went on to lose three consecutive Tests due to poor display with the bat and on the field. He however added that he wasn’t angry. He also stated that he would like to meet the players personally to see what they were going through and what was holding them back from performing.

Shastri represented India in 80 Tests and 150 ODIs between 1981 and 1992 before establishing himself as a leading commentator. He was previously appointed as the Indian cricket team manager for the tour of Bangladesh in the summer of 2007 after Greg Chappell‘s resignation as the Indian head coach following the team’s first-round exit in the World Cup. 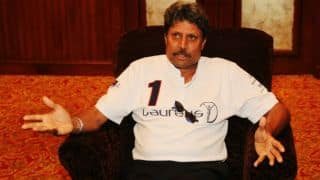 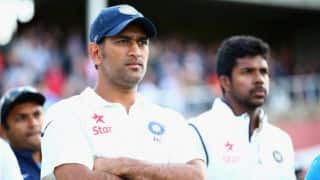