Shastri said Rayudu's innings eased his worries to an extent and his unorthodox style of batting can be an X factor for the team.

New Delhi: India coach Ravi Shastri is mulling to send skipper Virat Kohli to bat at No. 4 to protect him in bowling-friendly conditions during the ICC World Cup 2019 in England.

Shastri said Kohli at number 4 can make the batting unit more stronger. “The good thing about this Indian top-three is we can separate them, if conditions and situations demand. Someone like Virat Kohli can go to number four, and we can put a good number three to bring more balance to the batting line-up,” Shastri told Cricbuzz in an interview.

“That’s flexibility for you, and for big tournaments like the World Cup, you have to be flexible to see what’s the best balance for the side. So, we will decide that (accordingly in England). (ALSO READ: It s just one match, anybody can fail: Sunil Gavaskar backs Rishabh Pant s poor show in Wellington)

“We will assess that on seeing conditions there in England. You don’t want to be 18-3 or 16-4 in a big tournament. I don’t care about bilateral ODIs, but why should I lose my best batsman early in a World Cup match (if the conditions are bowler friendly)?” he added.

Ambati Rayudu showed his prowess with a match-winning 90 at the Hamilton ODI and Shastri said he can be an option at number three. “Yes, maybe Rayudu, or someone else, could bat at number three, and Kohli comes in at number four. We wouldn’t want to disturb the opening combination. Separating the top-three could make the batting stronger.” (ALSO READ: If Mohammed Shami develops a good yorker, it will be the icing on the cake: Karsan Ghavri)

Shastri said Rayudu’s innings eased his worries to an extent and his unorthodox style of batting can be an X factor for the team. “The one quality Rayudu has, he can be very unorthodox. With the way he bats, he can be an x-factor for us. He will play shots that are unconventional at times, but they can be very effective,” he said.

“The more he plays like this (like at Wellington), the more he will realise he can do that to the opposition.” 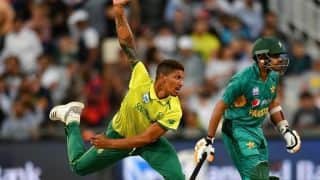 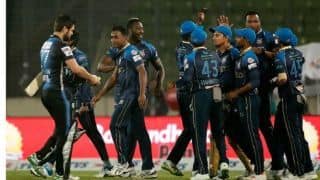