The tweet has a reference to India's 10-wicket win over England in the third Test in Ahmedabad, Gujarat - a 'dry' state where liquor is prohibited.

Time and again, India coach Ravi Shastri has been a subject to trolls – despite it not being his fault. After India steamrolled England in under days in Motera in Ahmedabad, there was a meme fest. While some trolled Shastri unnecessarily because India had finished the match quickly.

The tweet has a reference to India’s 10-wicket win over England in the third Test in Ahmedabad, Gujarat – a ‘dry’ state where liquor is prohibited. The win was registered inside two days of the five-day match, allowing players three days to practice and indulge in other activities.

In a jovial mood, Shastri responded to the hilarious meme and his sporting answer is winning hearts.

His response was: “Love the banter ! Feels good to bring some smiles in these tough times.”

Love the banter ! Feels good to bring some smiles in these tough times 🙌🏻 https://t.co/mzPe5MtItj

The Indian coach would feel relieved that the match did not stretch its full duration. This will allow the players a much-needed break as they have been playing non-stop cricket for the last three months. With the win, India zoomed to the top of the World Test Championship points tally, while England was knocked out of the race to the final.

New Zealand has already sealed their berth in the summit clash.

The hosts now lead the four-match Test series 2-1 with a Test to go. The final Test would be played at the same venue and England would hope it is not a repeat of what happened in the Pink-ball Test.

The fourth Test is scheduled to start on March 4. 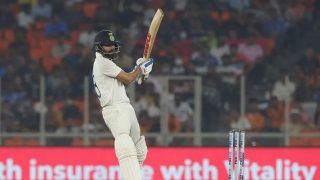 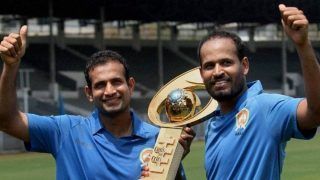