The BCCI had announced the Indian squad for Sri Lanka in July.

Indian team Director Ravi Shastri has joined the Indian cricket team at Colombo on Saturday ahead of the first Test against Sri Lanka, that is scheduled to take place in Galle on August 12. Initially Shastri did not leave with the Sri Lanka bound squad as he was tied up with media commitments in the ongoing Ashes 2015. The former India captain had informed the Board of Control for Cricket in India (BCCI) in advance about his media commitments in England. Shastri is expected to be in charge of team management until the BCCI names a new head coach, a post left vacant post the departure of Duncan Fletcher.

The BCCI had announced the Indian squad for Sri Lanka in July, with Virat Kohli being an easy pick for the post of the Indian captain, and spinner Amit Mishra making a surprise comeback into the Test side after a gap of four years. Sri Lanka Cricket (SLC), on the other hand, announced their 16-man squad on Friday, with Lahiru Thirimanne being selected as skipper Angelo Mathews s deputy, with uncapped pacer Vishwa Fernando being called into the side. READ: Sri Lanka announce squad for India Test series

He had missed the recent series in Zimbabwe for the same reason and arrives at Colombo amid India s three-day warm-up game against Sri Lanka Board President s XI. Ajinkya Rahane top-scored for the Indians with a knock of 109 to guide his side to 351. Ishant Sharma then tore the Sri Lankan top-order apart, recording a haul of 5 for 23 to skittle them out for a paltry score of 121. India were batting at a score of 112 for three at stumps on Day 2. 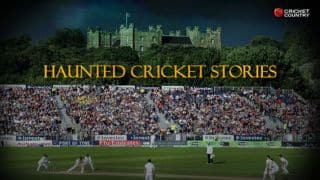 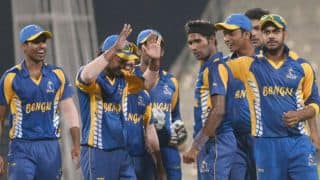