Sourav Ganguly wants Ravi Shastri and Sanjay Bangar to find answers to the questions as to why only Virat Kohli has been able to perform in overseas Tests.

Former India captain Sourav Ganguly wants head coach Ravi Shastri and batting coach Sanjay Bangar to find answers to the questions as to why only Virat Kohli has been able to perform in overseas Tests and others are enduring repeated failures.

Ganguly, who led India in 49 Tests, claims it will be impossible for India to win in South Africa, England and Australia unless they find solution to these problems.

“Regarding Ravi Shastri, he has to be held accountable for the results along with Sanjay Bangar regarding why only one batsman is performing whereas others seem to have taken backward steps,” Ganguly was quoted as saying by India TV on Tuesday. “Unless these questions are answered an overseas series win in the three countries looks impossible for India.”

While Virat Kohli has scored 544 runs so far in the ongoing series, the next best for India has come from Cheteshwar Pujara 241 and 132 of them came in one innings. Even Ajinkya Rahane has managed two fifties in eight innings. Ganguly reckons the batsmen look short of confidence.

“This batting lineup hasn’t been making runs for a long time now. If you look at India’s overseas performances from 2011 until now, they have lost every big series. When Virat Kohli is at the crease it seems that he is playing against totally different bowlers as compared to when the other batsmen are batting. I believe that the batting ability of the current players has gone down. There are a lot of reasons for this. Firstly, the players are short of confidence, whether you look at Pujara or Rahane, you’ll find that four years ago, the latter was matching Kohli shot-by-shot in Adelaide which is not the case at the moment. The same goes for Pujara too,” he said.

Kohli’s captaincy has also come under question but Ganguly feels India’s playing XI for the Southampton Test was spot on. “In my opinion, the selection for the fourth Test was alright. The ball was turning from the footmarks outside the right-hander’s off-stump. The ball wasn’t turning at right-angles when Ali was bowling to the left-handed Pant. Jadeja’s record outside India is not great anyway and the pitch wasn’t suited for two spinners,” he observed. 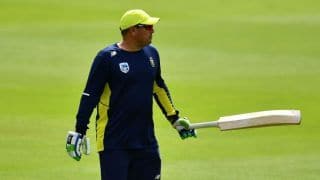 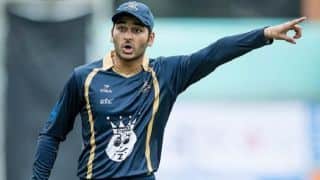