The Board of Control for Cricket in India (BCCI) havs made some changes in the coaching and support staff of the Indian One-Day International (ODI) for the England series. Former Indian skipper and commentator Ravi Shastri will oversee and guide the ODI team for this series. Sanjay Bangar, coach of Kings XI Punjab in Indian Premier League (IPL) and India’s U-19 coach Bharat Arun have been roped in as assistant coaches. R Sridhar has been appointed as fielding coach. Duncan Fletcher will remain the Head coach.

The board has also decided to give rest to Joe Dawes, India’s bowling coach and Trevor Penney, India’s fielding coach. The BCCI issued a press release on these changes.

Below is the full text of BCCI’s press release:

In culmination of the discussions among all the office bearers of BCCI over the last couple of weeks, the BCCI has decided to avail the services of former India captain, Mr. Ravi Shastri to oversee and guide the Indian cricket team for the forthcoming one day international matches against England. Mr. Duncan Fletcher will continue as Head Coach while Ravi Shastri will be the overall in- charge of cricket affairs of the Indian Team.

In their continuing efforts to re-energise the support to the team, the BCCI has given a break to the bowling coach Mr Joe Dawes and the fielding coach, Mr Trevor Penny for the one day series and appointed Mr Sanjay Bangar, former Indian all rounder and former India fast bowler Mr Bharat Arun as the Asst. coaches of the team. Mr R.Sridhar will join the support team as the fielding coach for the one day series. 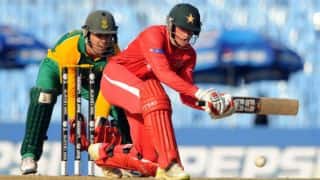 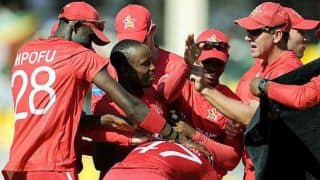