Ravi Shastri clarified that in terms of disagreements with Virat Kohli, the latter takes a final call.

Virat Kohli and head coach Ravi Shastri are like-minded characters. Since the duo took over Indian cricket’s responsibilities ahead of Sri Lanka tour in July-August, Team India have won all their series. Ahead of the much-awaited South Africa tour, Shastri opened up on his relationship with Kohli (A much-talked about already), and revealed India‘s openers for the three-match Test series against South Africa from January 2018.

‘This is not a team that is out there to fill up the numbers. We want to compete. We want to take the game forward.’

“Equation is great. We are similar personalities like you mentioned. There is an element of trust in our relationship. We are both strong-minded and both play to win at all costs. We play to win. We don t go there to do time-pass. This is not a team that is out there to fill up the numbers. We want to compete. We want to take the game forward. He is pretty similar in his mindset when it comes to that and he is in your face kind of character. With Kohli what you see is what you get,” told the 55-year-old.

Shastri also shed lights on who takes the final call in times of disagreement between Kohli and him.

Throwback: There were alleged differences between former coach Anil Kumble and Kohli, resulting in the former’s ouster.

‘I am looking for him to have his own mind and take the decision.’

“See at that end of the day the captain is the boss. He might ask me for my suggestions. It doesn t mean he has to agree with my suggestion. Because what I am looking for is for him to have his own mind as well and take the decision. We are there in the support staff to give suggestion which might help so there is a dialogue. I might believe in a certain combination,” clarified Shastri.

India have three in-form openers KL Rahul, Shikhar Dhawan and Murali Vijay. They have a tough call to make in relation to the opening slot for the first Test versus pace-heavy South Africa. Shastri hinted at the opening combination, and clearly asked Rahul to buckle up in converting fifties into daddy hundreds.

“You look at experience, you look at variety so that s what Shikhar brings in, a left hand, a right-hand combination so he is a must. He has got lots of runs. Vijay the most experienced and a very good record overseas and he brings solidity. Young Rahul is immensely talented and he will get his opportunity at some stage. He might have to wait for a while but he will get his opportunity think he was the most improved player in the last 18 months. it s just unfortunate that he didn t convert those 60s into 150s but he will learn,” concluded Shastri. 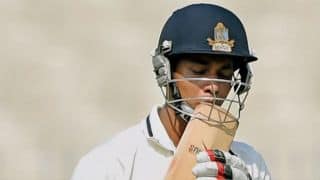 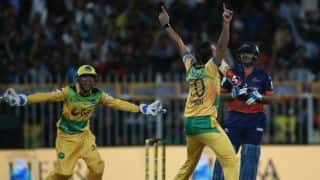