Ravi Shastri has come out in support of Virat Kohli. Kohli s much-awaited Surrey stint has been cancelled by BCCI due to the a recently diagnosed neck sprain. Speaking to Mumbai Mirror, Shastri said that Kohli is a human being, not a machine, justifying the board s decision to rest him: He had to skip the county stint because he is not a top dog. He is not a machine but a human being. It is not a case of putting rocket fuel up his backside and getting him on the park. Even a top dog can t be given rocket fuel up his backside, the coach added. The top dog comment is in reference to Moeen Ali calling his RCB skipper a potential star at Surrey.

Kohli suffered a neck injury during Royal Challengers Bangalore (RCB) match against Sunrisers Hyderabad (SRH) on May 17. Speaking of workload, Kohli appeared in 9 Tests, 29 ODIs and 9 T20Is for India since June. To add to the tally, he also played all 14 matches for RCB in IPL 2018.

Kohli was to play 6 games for Surrey in June. With this neck injury, Kohli may even miss the initial part of India‘s tour of Ireland and England. 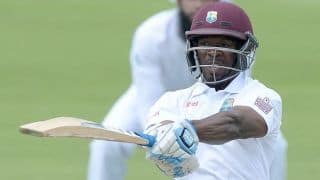 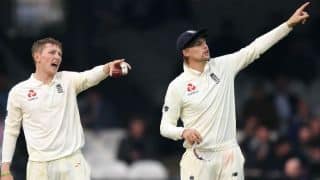