From August 2015, Rvaindra Jadeja and Ravichandran Ashwin have played 20 and 27 Tests respectively.

AB de Villiers and Dale Steyn have opted out of Test matches for their country, either due to injuries or burnout. Shakib Al Hasan too had asked for a six-month sabbatical citing the reason of fatigue, after the Australia series. There were questions raised but the all-rounder was backed by his skipper Mushfiqur Rahim. Limited-overs series is catching up along with Test matches. Keeping that in mind, Team India coach Ravi Shastri feels that their ace bowlers Ravichandran Ashwin and Ravindra Jadeja need to be given a much-needed rest and preserve them for South Africa, England and Australia Test series in 2018.

Starting August 2015, Jadeja and Ashwin have played 20 and 27 Tests respectively. Emphasising on burnout and injuries, Shastri told India Today, You have a heck of a lot of cricket being played. You have about 25 Test matches being played in the next two years and a similar amount of One-Day games and T20I games. If you look at No.1 and 2 bowlers in the world it is Ashwin and Jadeja. If you start playing them across all formats, there will be a burnout. The World Cup is still two years away – there’s enough time to get back.

You have to preserve them for what you are looking for. The emphasis should be on Test match cricket as far as they are concerned. They can play across all three formats. How much you want to use a player – is a decision that has to be taken by the team management, Shastri added.

Shastri also heaped praise on the involvement of Virat Kohli as a captain, I think he has evolved magnificently, as a player you can see it in his performances. As a captain you can see the way he handles the media, the way he speaks to the media. I think there is a long way to go. He is only 28, he should be around for another 5-6 years at least as a skipper. The next three years will really define him, I think already he is right up there, but the next three years will be a great learning curve for him. 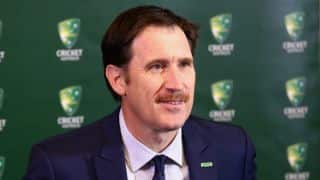