The cricket fraternity has been divided on whether India should face Pakistan at the showpiece event or not.

India head coach Ravi Shastri has broken his silence about the controversy surrounding the India-Pakistan match at the ICC World Cup 2019. The arch-rivals will lock horns on June 16 at Old Trafford in Manchester.

Ever since the Pulwama terror attacks which claimed the lives of over 40 CRPF personnel in the Jammu and Kashmir region, the cricket fraternity has been divided on whether India should face Pakistan at the showpiece event or not. (ALSO READ: I don t think cricket should be targeted for political gains: Pakistan captain Sarfraz Ahmed)

Former players like Sunil Gavaskar and Sachin Tendulkar said that they would hate to see India concede two points to Pakistan by not playing. Some players like Harbhajan Singh and Yuzvendra Chahal have called for complete boycott.

“India has always come up trumps against Pakistan in the World Cup. Time to beat them once again. Would personally hate to give them two points and help them in the tournament,” said Tendulkar in a statement.

“Having said that, for me India always comes first, so whatever my country decides, I will back that decision with all my heart.” (ALSO READ: Would hate to give two points to Pakistan in World Cup: Sachin Tendulkar)

“Who wins if India decide against playing Pakistan in the World Cup? And I am not even talking about the semis and the finals. Who wins? Pakistan win because they get two points,” Gavaskar told India Today.

“India have so far beaten Pakistan every time in a World Cup, so we are actually conceding two points when by beating Pakistan, we could make sure that they don’t advance in the competition,” he said. 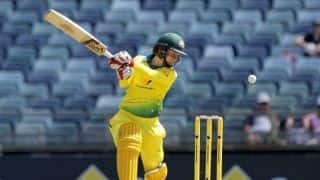 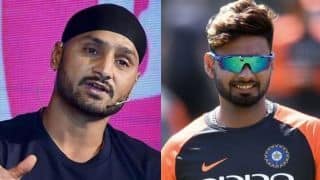