Besides taking 79 wickets with some more time left for him to increase his tally, Ashwin has also scored 434 runs this season, which makes him the only player to achieve the double of 400 runs and 70 wickets in a season.

With the key wicket of Steven Smith on the first day of the fourth Test between India and Australia at the picturesque venue of Himachal Pradesh Cricket Association Stadium (HPCA), Dharamsala ace spinner Ravichandran Ashwin created yet another record. With that dismissal, Ashwin broke Dale Steyn s record for taking most wickets in a season. Ashwin had 78 wickets before this Test and was levelled with the South Africa pacer who had set the record in 2007-08 season. Ashwin began his journey for this record not long ago, with a three-Test series against New Zealand at home in which he claimed 27 wickets.

Out of the 79 wickets taken so far, Ashwin picked most against England in the five-Test series. He took 28 wickets against the English side. . His best bowling average (17.77) in this season was, however, against New Zealand. Additionally, he also picked up an impressive 6 wickets in the one-off Test against Bangladesh at Hyderabad. in the ongoing series against Australia, Ashwin has picked 18 wickets. His 79th wicket, which was of Smith, was also his fourth against the Australian batsman, which is the joint-most by Indian bowlers against him. Umesh Yadav and Ravindra Jadeja have also snaffled Smith s wicket as many as four times.

Besides taking 79 wickets with some more time left for him to increase his tally, Ashwin has also scored 434 runs this season, which makes him the only player to achieve the double of 400 runs and 70 wickets in a season. He is yet to pick a 10-wicket haul against Australia in the current bilateral affair, which is something that has remained a constant with Ashwin in a series of at least two or more matches.

Ashwin, however, has had to work really hard to get to this world record. For claiming the most wickets in a season, Ashwin had to bowl a lot of deliveries. He has subsequently set the record of bowling a whopping 4,300 deliveries, which again is a world record. His partner in crime, Ravindra Jadeja is not far behind with 4,000 deliveries. Ashwin and Jadeja have now gone past their coach Anil Kumble s record of 3,673 deliveries bowled which he did in 2004-05. 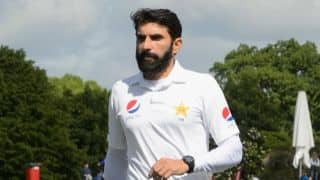 Misbah-ul Haq: Hard-decisions required to be made against spot-fixers to safeguard future of Pakistan cricket 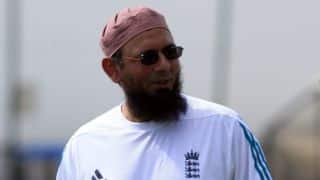