The outspoken former cricketer also went on to praise the Indian spin troika of Ashwin, Ravindra Jadeja and Amit Mishra, adding the latter two won t be easy to handle either.

The anticipation for the five-match Test series between India and England is rising. We are now just a day away from the start of the first Test in Rajkot. The teams are in readiness and preparing hard for the opening Test of the series. The experts too are ready with their previews and predictions. During one such pre-match preview, former Indian captain Kapil Dev made a bold statement praising the ace Indian spinner Ravichandran Ashwin. All eyes indeed will be on Ashwin, the single biggest factor in this series, and Kapil Dev said something about the tall off-spinner from Chennai recently.

In a conversation with media house India Today, Kapil Dev backed India s chances of dominating the tourists in the five-match series. The legendary all-rounder went on to say that it will be Ashwin who will torment the opposition and play a massive role in the series. Not just the amount of wickets he has been picking, but I would judge him the way the ball is coming out of his hand. If their struggle against Bangladesh spinners is anything to go by, this will be a very long winter for the English batsmen against Ashwin and Co, Kapil Dev said.

India s 1983 World-Cup-winning skipper further pointed that Ashwin s current form is a threat to any opposition. Kapil Dev went on to say that Ashwin, who was the leading wicket-taker in the series against New Zealand recently, is capable of bowling out an entire opposition of best batsmen in a single session. The way he is bowling, Ashwin can actually bowl out the best XI batsmen in the world in a session, so England aren t going to find it easy to combat him, Kapil said.

The outspoken former cricketer then went on to praise the Indian spin troika of Ashwin, Ravindra Jadeja and Amit Mishra, adding the latter two won t be easy to handle either. And you know what Ravindra Jadeja can do on responsive pitches, and how Amit Mishra is such a big threat. I feel this English team won t find it easy if the pitches start helping spinners, concluded kapil Dev. All eyes are now trained on the morning of November 9, when the series will kick-start in Rajkot. 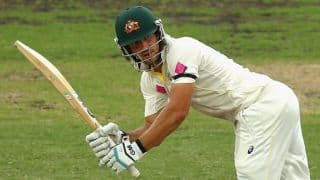 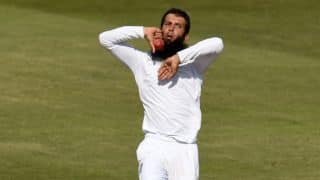