Ravichandran Ashwin said he is very comfortable with his cricket right now.

He might be going through a lean patch with the ball but Ravichandran Ashwin contributed with the bat in Auckland and the Indian all-rounder said he is very comfortable with his cricket right now and is in best frame of mind ahead of the fourth One-Day International (ODI) against New Zealand on Tuesday.

Ashwin’s maiden ODI half-century, which came while batting at number seven along with Ravindra Jadeja, helped India snatch a tie at Eden Park in the third ODI to stay alive in the five-match series.

“It was a good opportunity presented to me in terms of batting higher up the order. You do not often get so many overs to bat in the current Indian line-up. They always do the job of getting the runs. I got enough overs that day and I thought to just bat the way I bat in a Test match and look for runs all the time. It helped me out in the end,” said Ashwin.

“This is probably the best frame of mind I have been in,” he added, negating a lack of wickets in recent times.

“I have locked away a few things. I am not reading articles or listening to what people are saying about me. It doesn’t make sense. I had a tour of South Africa which was quite a learning curve for me. I have decided if I am giving my best that is all I can do. I just locked myself out.”

“I spoke to (MS) Dhoni about a couple of things, to the coach and had chats with a few people I trust. I thought things were going alright. It can happen, you cannot keep taking wickets or making runs all the time. The frame of mind I was in helped me perform the way I did,” Ashwin said.

Ashwin bowled Corey Anderson in that third ODI in Auckland, and that was his first wicket in 78.3 lean overs across all formats of international cricket. His last wicket prior to this had come in the Durban ODI against South Africa, wherein he had dismissed Quinton de Kock.

“I am satisfied with how I am bowling. I have sorted out what length and what kind of bowling needs to be done. There are certain ways you need to construct a spell abroad away from India. I have learnt that and put that into practice,” said Ashwin when asked about his lean patch with the ball.

“You definitely tend to be targeted as a spinner away from home,” Ashwin said about his role in the attack, talking about the impact of new fielding rules in ODIs.

“With the five-fielder (in the circle) rule you can only look to give a single. You cannot err on both lengths. The batsman knows if you have your sweeper up, you are not going to err on the shorter side so you are giving away some clues to the batsman in terms of what field you are setting, and you cannot be foolish enough to try and fool the batsman. They are going to look for boundaries. You have to be really smart and try and make sure you do what the team requires.”

In the last couple of seasons, Ashwin has become a valuable asset with bat and ball. Despite a lean phase in terms of wickets, he has become an important member of the side especially when they are under pressure. It was amply demonstrated by the way Ashwin batted in the third one-dayer in Auckland.

Ashwin said he has put in a lot of hard work on his batting.

“I bat in both formats of the game in much the same way, taking into consideration the situation every time I go out to bat. In a Test it is different — you either walk into a tough situation or 300 for 6. It is the situation I play and it is not very different in ODIs,” he said.

“I was used to batting up the order, taking my time, playing shots along the ground. But definitely over the last year or so I have put in a lot of effort I have made a few technical changes. It is coming out really well. I wasn’t surprised with the way I batted in Auckland, because I was hitting a few in practice sessions as well,” he explained. 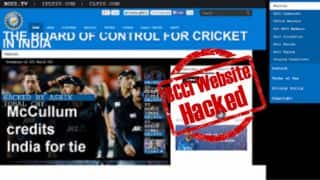 BCCI may have felt the start of worldwide rebellion 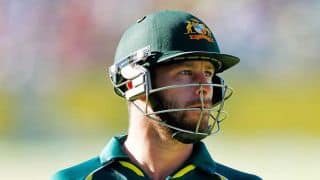 Australia look to finalise team ahead of ICC World T20 2014