Ravichandran Ashwin, 30, has a young family and is making most of this break which has fallen in the festive season.

By the time he ends his career, Ravichandran Ashwin may end up being India’s greatest Test cricketer. In a career span of 39 Tests, the Tamil Nadu off-spinner has already bagged seven Man of the Series awards, which is two more than Sachin Tendulkar and Virender Sehwag’s tally. He already has 21 five-fors and six ten-wicket hauls to his name. No wonder, he is placed at the pinnacle position in the ICC Test rankings. He is currently gearing up for the five-Test series against the visiting England side. His 27 wickets helped India whitewash New Zealand 3-0 and considering his importance in the hectic Test season, the team management rested him for the One-Day International (ODI) series. ALSO READ: Why Ravichandran Ashwin is nightmare for electronic media

Ashwin, 30, has a young family and is making most of this break which has fallen in the festive season. In 2011, Ashwin married his childhood friend Prithi and in July 2015, the couple were blessed with baby girl Akhira. Daddy Ashwin did not miss the chance to spend time with his almost 16-month old Akhira. In a video captured by Prithi and titled, “Dad daughter shenanigans @mommyshotsbyamrita @rashwin99 #babyA #akhira #khaleesinotkanmani”, we see a wonderful moment spent Ashwin and little Akhira.

This was not it, the Instagram account of Amrita also posted a picture of the lovely young family.

Prithi, who recently joined hands with Aarti Sehwag to troll the husbands post India-New Zealand series, seems to be a sport and purposely trolled herself.

Pretty much how a selfie of a ball looks like

We wish good luck to Ashwin for the upcoming Test series against England, a side who have beaten India in the last three series that they have played against each other. 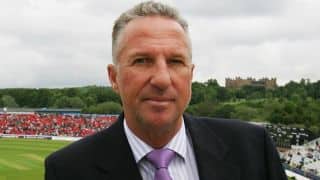 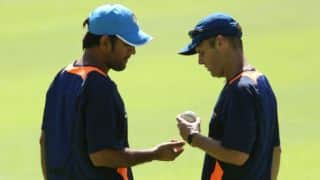