Ashwin also described IPL as somewhat akin to being in a corporate environment.

Mumbai: India’s premier Test spinner Ravichandran Ashwin on Monday said playing county cricket ahead of the five-Test series against England will depend a lot on feasibility factor. County cricket plan is definitely there, but feasibility needs to be worked upon, informed Ashwin on the sidelines of a promotional event for Oppo that he took part in along with India teammates Rohit Sharma and Hardik Pandya.

Last season Ashwin, who is no longer a regular in white ball cricket for the country, had utilised the free time to play in the English county season in a few matches for Worcestershire. India skipper Virat Kohli has already been given permission by the BCCI to skip the one-off Test against debutants Afganistan to play county cricket for Surrey as a much-needed preparation for the five-match rubber against the hosts later.

Ashwin said he was looking ahead to captaining Kings XI Punjab in the upcoming IPL commencing on April 7 and described playing in the T20 league as somewhat akin to being in a corporate environment. I am looking forward to doing it to the utmost of my capability. It is a very exciting challenge, but I have played with a lot of players who played in IPL sides and hopefully I can learn from them and their experience and try and be the best (captain) that I can,” the senior off-spinner said.

It (IPL challenge) is a good as being in a corporate environment where you are supposed to deliver and people are looking towards you to deliver results. It is going to be a little pressure oriented in that scenario but it is also going to be exciting and that is where it comes. So if you can produce results there is nothing like that, but if you can’t then you have to learn and move forward.

Ashwin said the key was to gel together. “I am reaching (the team’s assembling point) only tomorrow and once we get together and mingle with the boys then we will know. That’s the only challenge of the IPL. Those who have a retained core have a pretty much set team who they are used to. But we have almost re-formed ourselves in so many ways. Even I am new to the franchise, so it is going to be how we come together and how the team dynamics work and taking it forward.” 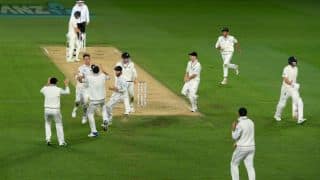 New Zealand vs England, 1st Test, Day 5 Live Streaming, Live Coverage on TV: When and Where to Watch 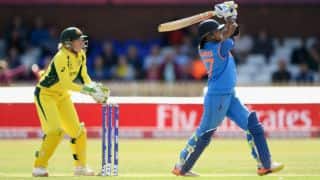