Wriddhiman Saha revealed the difference of keeping against these contrasting spin bowlers.

Wriddhiman Saha is busy preparing for the challenges that lie ahead of India in the longer format. He is currently playing for Bengal in the Ranji Trophy. Saha has sent a benchmark for wicketkeepers around the world with his brilliance. Behind the stumps he has a taxing job to keep against the likes of Ravichandran Ashwin, Ravindra Jadeja and Kuldeep Yadav.

You don t get to keep against a lot of Chinaman bowlers and Kuldeep is one who has tricks and variations under his sleeves. In an interview with SportsWallah, Saha revealed the difference of keeping against these contrasting spin bowlers. Wriddhiman Saha: My wife wants me to play ICC World Cup 2019

Yes, I have the experience to keep all three of them. They are very different types of bowlers. Ashwin and Jadeja are completely different from each other. Ashwin has plenty of variations. You never know what is coming from his hand the next ball. Ashwin not only keeps the batsman guessing, the wicketkeeper has to be on his feet also during every delivery he bowls.

Jadeja, on the other hand, likes to fool the batsman by varying his speed. Kuldeep is of course very difficult to pick. The idea of a Chinaman spinner itself is very uncanny. Still I will say that keeping against Ashwin is more difficult than keeping against Kuldeep, Saha said.

At Saha s home ground Eden Gardens, Kuldeep last month became only the third Indian bowler to register a hat-trick in ODIs. He also became the first spinner to do so. Saha was out holidaying with his family and therefore missed the feat.

When asked why Australia have failed to pick Kuldeep, Saha did not mince words.

Actually Australian batsmen panic against quality spin attack. It’s not that only Kuldeep has disturbed them, they suffer against any world class spinner. I would not comment on their technical aspects, but they come under mental stress while facing a spinner, thus making it easier for a spinner to dominate, Saha added.

Saha also expressed his surprise by the fact that Australians have managed to win a game in this tour. Taking a further dig at the world champions, Saha said, India should win (T20Is) comfortably. I wonder how Australia even managed to win one match in the ODI series, as it was a story of India’s complete dominance. You cannot predict T20 series. Still the way the two teams are playing only suggests that India have the obvious edge to lift another Trophy. 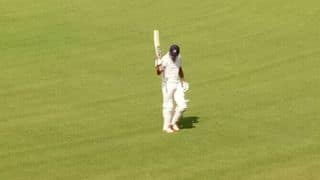 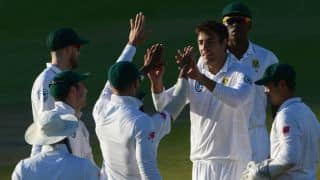