Ashwin is currently playing for Worcestershire in the Division two of the English county championship.

Ravichandran Ashwin, who turns 31 today, is known for his on-field skills, and also popular for his social engagements. He is often seen tweeting on various social and non-social issues apart from handling his trolls efficiently. Nonetheless, to his dismay, Ashwin has become the butt of all trolls when he posted a tweet with wrong brand promotion.

Ashwin promoted a Chinese mobile phone brand via a tweet that was supposedly sent out by a big American phone brand (iPhone). As soon as a follower spotted his blunder, Twitterati went haywire on the Indian off-spinner and unraveled his doorsa. Ashwin later deleted the tweet.

Ashwin took 8 wickets in the match, including a five-for in the second innings during a massive 189-run win over Gloucestershire.

Interestingly, a similar incident happened with Indian Tennis star Sania Mirza, few months ago. She was also trolled for a mobile brand promotional tweet that went wrong when she tweeted from another phone brand. 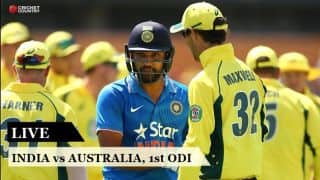 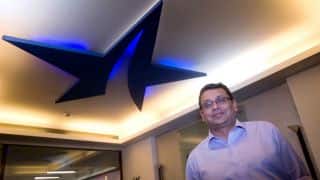