Ravindra Jadeja on Monday completed his third half-century in Test cricket his second against England during the third day s play in the third Test at Mohali. For someone who has ridiculed the cricket world with three triple centuries in First-Class cricket and a very ordinary batting career in Tests, Jadeja s innings in India s first essay at Mohali was certainly special. It turned out to be perhaps the best innings in Test cricket by the left-hander, since he gave himself ample amount of time in the middle to notch up a big score. After 104 overs, India were 336 for 7, leading by 53 runs against England. LIVE Cricket Scorecard: India vs England 3rd Test at Mohali

In terms of balls faced, this knock from Jadeja is his longest in Test career. He brought up his fifty off the 104th ball in the innings, bettering the number of balls faced during the Nottingham Test in July 2014. During that innings, Jadeja had faced 98 balls to score 31 runs. Another long innings for Jadeja, in terms of balls faced, was against South Africa last year when he consumed 92 deliveries to score 38. But in this innings, Jadeja batted with a far better intent, hitting boundaries and sixes at will, leaving the dangerous ones outside off and showing full face of the bat when defending. LIVE BLOG & UPDATES: India vs England, 3rd Test, Day 3 at Mohali

This is Jadeja’s second half-century in Test cricket against England. The first one was perhaps the most memorable one. At Lord s, during the England tour in 2014, he demolished Jimmy Anderson s bowling attack to hammer 68 off just 57 balls, with the help of 9 boundaries. Jadeja s fifty played a crucial role in India s historic win at the venue after 28 years. 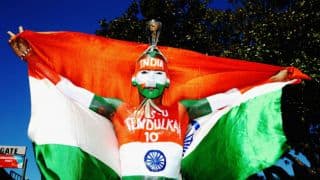 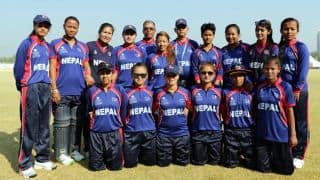