Ravindra Jadeja went on to score the first century of the inter-district T20 tournament organised by SCA.

Rested for India s limited-overs leg against Sri Lanka, Ravindra Jadeja exhibited his power-hitting skills while playing an inter-district T20 match. Playing for Jamnagar, Jadeja slammed 6 sixes in an over against Amreli. The inter-district tournament is organised Saurashtra Cricket Association (SCA) in Rajkot.

According to ESPNCricInfo, Jadeja hit Nilam Vamja for 36 runs in the 15th over of the match. Jadeja came out to open the batting, and batted till the 19th over. He was eventually run out for 154 in 69 balls, including 15 fours and 10 sixes.

Jamnagar ended at 239 for 6 in 20 overs. Later on, they won the match by 121 runs. This tournament serves as a perfect practice for Jadeja with India scheduled to tour South Africa in January 2018.

However, Pollard and Clark achieved the landmark in lower-level matches. 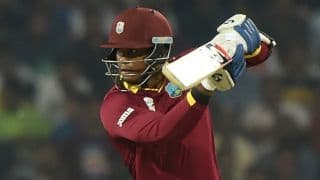 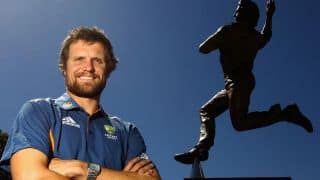