Raza Hasan was picked up along with a group of people for allegedly taking part in a party involving alcohol and dancers.

Karachi: Facing the prospect of a ban after failing a dope test, Pakistan’s left-arm spinner Raza Hasan has got into more trouble after being caught by the police at an alcohol-fuelled rave party in Lahore.

The 22-year-old was picked up along with a group of people for allegedly taking part in a party involving alcohol and dancers. Consumption of alcohol is banned in Islamic Pakistan and is a punishable offence.

The reports said police raided a hotel in Lahore where a group of men were caught and it included the young left-arm spinner.

Hassan, who has played 10 T20 matches and a One-Day International (ODI), is already facing a two year ban after he tested positive for cocaine when the PCB carried out random dope tests during the Pentangular Cup one-day tournament in Karachi in January.

Hassan’s sample A tested positive for cocaine when it was sent to a WADA laboratory in Malaysia. The PCB has formed a two-member committee which has already issued notices to Hasan to appear before with a legal counsel. 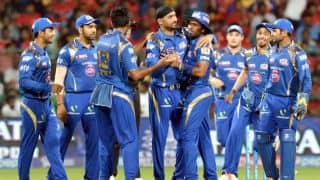 Sourav Ganguly donates his pension to Ankit Keshri’s family; deceased cricketer’s father asks for a trophy in his son’s memory