Raza Hasan on Saturday challenged a two-year ban imposed on him for failing a drug test, saying he was not given a chance to defend himself.

Lahore: Pakistan‘s left-arm spinner Raza Hasan on Saturday challenged a two-year ban imposed on him for failing a drug test, saying he was not given a chance to defend himself. Pakistan Cricket Board (PCB) last week banned the 22-year-old spinner after he failed a drug test conducted during a domestic cricket event in January this year. Read: Raza Hasan caught by police at rave party

“I have filed an appeal against the ban,” Hasan told reporters. “The ban is illegal because I was not given a chance to defend myself and the PCB should have formed a tribunal to hear my point of view.” Local media last month reported Hasan was under investigation for using cocaine, but PCB in its announcement did not disclose the name of the banned substance.

PCB had previously announced that Hasan, who played one one-day international and ten Twenty20 matches for Pakistan, will be ineligible to participate in any capacity, in any cricket match or activity authorised or organised by the board, apart from anti-doping education or rehabilitation programmes. Read: Raza Hasan banned for 2 years after failing to pass drug test

Hasan featured in the 2012 World Twenty20 held in Sri Lanka and last played a one-day international in December 2014 against New Zealand in United Arab Emirates. “I have never indulged in anything illegal and will fight the ban,” said Hasan, who had been tipped as a future prospect for Pakistan at the international level. 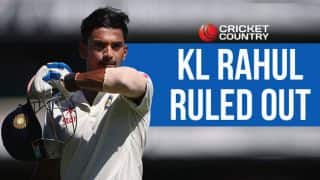 KL Rahul ruled out of India tour of Bangladesh 2015 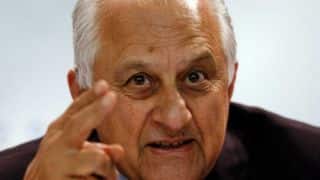