Hasan Raza has reportedly failed a drug test and that may land him in a lot of trouble.

Pakistan have had troubled time with players off late and have been asking their players to have a right attitude towards the game. The plea though seems to be falling on deaf ears. Reports coming in are that Pakistan spinner Raza Hasan may have consumed cocaine recently which has also led in him failing a recent drugs test. Waqar Younis: Players with right attitude will represent Pakistan

Raza Hasan has not been a regular part of the side off late. He has played just the one One-Day International (ODI) for Pakistan. He though has played 10 Twenty 20 Internationals (T20Is) taking as many wickets. He last played against Pakistan at Dubai (DSC) on December 5, 2014. 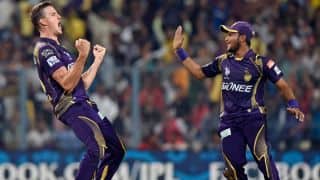