New Delhi: Royal Challengers Bangalore (RCB) once again failed to win the long due IPL trophy after losing to Rajasthan Royals (RR) in Qualifier 2 of the IPL 2022. The Faf Du Plessis-led side blew hot and cold and could never get the momentum needed to win a tournament like IPL.

Every year ahead of the IPL, RCB creates a lot of buzz due to the presence of star-studded players, but somehow, they fail to match their own standards. In all the previous 15 seasons of the IPL, this has been the story for RCB. However, despite not winning the title even once, RCB continues to be one of the most popular IPL teams, mainly because of their loyal fanbase.

Even though RCB has not won an IPL title, they have a plethora of records to their name, which they can boast about. Here are seven records held by RCB in the IPL.

Who can forget the 2013 IPL where Chris Gayle completely demolished the now-defunct Pune Warriors India (PWI) in Bangalore. Gayle hammered 175 off 66 balls as RCB demolished PWI by 130 runs. Gayle’s storm, backed by a blistering cameo of 31 off 8 balls by AB de Villiers, helped RCB post 263-5, the highest total in IPL to date. PWI could only manage 133-9 in reply to the daunting total and lost the match comprehensively. Gayle’s 175 run knock is the highest individual score in IPL so far.

IPL 2016 will always be remembered for Virat Kohli’s heroics with the bat. The then RCB skipper was in staggering form in the tournament and scored a record 973 runs in a season, including four centuries. During RCB’s game against Gujarat Lions (GL), Virat Kohli and AB de Villiers stitched a partnership of 229 runs for the second wicket, which is the highest partnership in the history of the league. This is also the second-highest partnership for any wicket in T20 cricket to date. Kohli scored 109 off 55 while ABD tore apart the GL bowling with a blazing 129 off just 52. The pair helped RCB post a daunting 248-3. GL had no answers to RCB’s onslaught and were bowled out for 104 in the chase, losing the game by 144 runs.

3 – Most Centuries By A Team

As many as 15 centuries have been hit by RCB batters in the history of the IPL, the most by any team. Former RCB skipper Virat Kohli and Universe Boss, Chris Gayle, have hit the most centuries (5), followed by AB de Villiers, who has scored two hundreds. Manish Pandey, Devdutt Padikkal, and Rajat Patidar have breached the three-figure mark once.

Chris Gayle turned on the beast mode against PWI bowlers and hammered a breathtaking 175 off 66 balls. He hit 17 sixes in his innings and became the proud owner of this rare record, which will take some effort to break past. Gayle scored 154 out of 175 runs from the boundaries itself. Exceptional, to say the least.

Ace batter Virat Kohli has a rare record to his name. He is the only player to feature in every edition of the IPL and play for the same team. Kohli has played 223 matches for RCB, way more than the second-best MS Dhoni, who has played 204 matches for CSK. Notably, Dhoni played for Rising Pune Supergiants for two years, when CSK was banned from IPL. 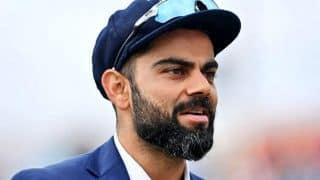