Hosts and powerhouse Royal Challengers Bangalore (RCB) take on former champions Kolkata Knight Riders (KKR), in Match 30 of the ongoing Indian Premier League (IPL) 2016 at the M Chinnaswamy Stadium in Bengaluru on Monday. RCB, who have been shaky form of late, would look to bounce back to winning ways, and their team fires, especially with the bat, that has been their strength. KKR, on the other hand, have been off to a winning start, but have lost their past couple of matches, as they aim to get back to winning ways and extend their lead in top phase of the league table, and make sure that they stay in contention to qualify for the play offs. FULL CRICKET SCORECARD: Royal Challengers Bangalore vs Kolkata Knight Riders, IPL 2016, Match 30 at Bengaluru

RCB are coming off a 15-run loss, they suffered at the hand of Sunrisers Hyderabad (SRH) in an away tie, whom they already beat in their home tie, which was a high-scoring encounter; while KKR, on the other hand, lost another high-scoring thriller to Delhi Daredevils in an away tie, after they beat him in the home tie, in their opening game of the tournament. Considering their performance in the previous tie, both the teams put up a fair performance, but not good enough for a win. FULL CRICKET UPDATES: Royal Challengers Bangalore vs Kolkata Knight Riders, IPL 2016, Match 30 at Bengaluru

Therefore, considering their performance from the previous ties, it highly likely that the teams would undergo few changes in the playing eleven again. Although RCB would hate to fiddle with their batting line-up, which has been performing decently in the tournament as of now, the bowling attack could well see a couple of changes. 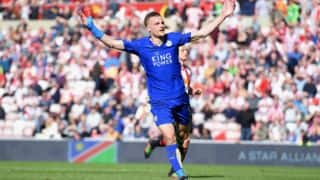