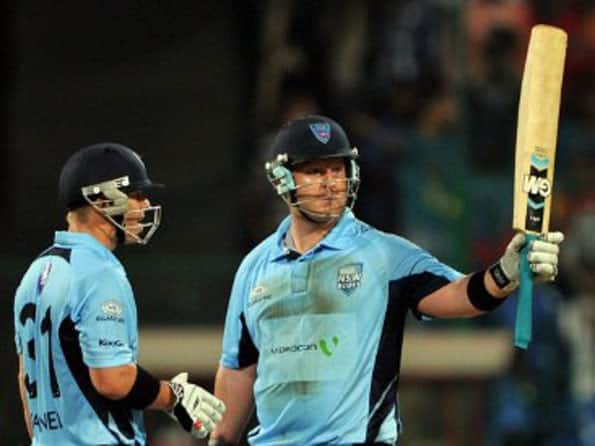 Smith was quoted in CLT20 as saying, “[After] watching the game the other night, you never expect to have enough runs on the board, especially with the powerful line-up RCB have. They played unbelievable cricket tonight, and they’re definitely going to be very hard to beat in the final.

“[It has been an] amazing game of cricket. We were watching the game the other night and we thought that was one of the best games we’d seen. If this wasn’t better, it certainly was very close. I’m at a loss for words at the moment. There was some [of the most] special batting I’ve ever seen – especially from David Warner and then from Chris Gayle and Virat Kohli.”

“[Batting at number three] is good fun. I enjoyed batting here a bit more than batting on the Chennai wicket. [Here] the ball comes on a little better [the conditions] are definitely better for stroke play. [Bengaluru] is a good place to play cricket,” said Smith. “We had a few exchanges. What happens on the field stays on the field. It was a bit of fun. Couple of overs later, we had a bit of a joke about it. It’s all part of cricket,” he added.

Smith believes that plying in a high profile tournament like CLT20 has given great exposure to the young players in his team and that it was a learning experience for all of them.

“[It] is unbelievable. For some of us who’ve never had a taste of international cricket, that’s as close as we’ll get. The crowd was fantastic obviously they were right behind RCB and rightly so. [I’ve] never played in such an atmosphere and I’m sure neither have a lot of the younger guys in our team”, said Smith

” It’s been a brilliant tournament. We were here first in 2009 and we were good enough to win it. In this edition, we’ve come very close to making it to the final yet again. [It is] a great tournament and it is fantastic for a lot of our young blokes who’ve not had the taste of international cricket. It just gives them an insight into what it is about,” he added.