RCB’s Sarfaraz Khan has a ‘boyfriend’!

RCB’s Sarfaraz Khan has a ‘boyfriend’!

Mr Nags is a funny character, isn’t he? He tries his best to troll the cricketers of Royal Challengers Bangalore (RCB) but most often ends up getting trolled.

Mr Nags is a funny character, isn’t he? He tries his best to troll the cricketers of Royal Challengers Bangalore (RCB) but most often ends up getting trolled. Last time, the RCB side smeared chocolate cake on his face and this time around he invited three young guns of RCB to his show, which is called, ‘RCB Insider show.’

The three invited guests were Mandeep Singh, Yuzvendra Chahal and Sarfaraz Khan. He introduced all three in a funny way and made fun of the 17-year old Sarfaraz, by calling him ‘Indian Inzamam-ul-Haq’.

Nags then called Chahal as the ‘Kachra’ of the RCB team, asking if he were in ‘Lagaan’ then what delivery he would have bowled to Captain Russell. Chahal gives a sucker punch to the RCB insider by answering ‘under-arm’. He then goes on to ask Sarfaraz, a series of questions ranging from his name, favourite cartoon, his experience in his debut IPL season and his favourite teammate (boyfriend). Sarfaraz answers all his questions and says that Ashok Dinda is his “boyfriend” from the side.

The trio then participate in a competition called ‘Suckathon’ where each of them are given feeding bottles. Sarfaraz wins the competition and reveals the secret behind it.

From cartoon character imagination to ‘suckathon’ competition, the RCB players have a fun time in the insider show. 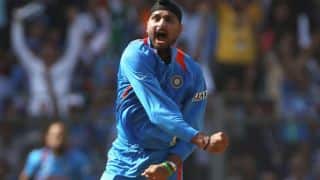