Ever since he made his debut during the Test series against England, Rishabh Pant s stocks have risen rapidly. The swashbuckling wicketkeeper has cemented his place in India s Test side and is on the fast lane to booking a place in the limited-overs setup as well.

Pant was included in India s squad for the five ODIs against Australia, while Dinesh Karthik was left out, a sign from selectors just how much trust they have in the left-hander to succeed MS Dhoni once he is done. In roughly six months, Pant has become one of the most talked-about players in Indian cricket, a journey that began with a surprising second-ball on his Test debut at Trent Bridge.

Pant, facing just his second delivery, launched legspinner Adil Rashid into the stands during India s first innings of the third Test of the series to get off the mark and in the process, became the first Indian to do so on his maiden Test.

“I was nervous when I went out to bat. I was reminding myself to play according to the ball. I defended the first ball, but I saw what he [Adil Rashid] was trying to do. The second ball was a googly, and we Indian batsmen are good at reading spin. I read it from the hand, I felt like I could hit it, and I hit it,” Pant told ESPNcricinfo in an interview.

Pant conceded just six byes on debut, but since then his performance behind the stumps had dipped alarmingly. He gave away 30 byes in his second Test and a whopping 40 in the third. The 21 byes conceded in the Rajkot Test meant that he has let 97 byes slip through his grasp in only four Tests. By the time the Australia series approached, Pant had improved tremendously but there was a period when many were sceptical of Pant s wicketkeeping skills.

“People who saw the game live, England wicketkeeping coach Bruce French and Jos Buttler, both of them said they had never seen anyone keeping in England for the first time do so well. Yes, I conceded byes. Obviously, it frustrated me. I did miss the odd one here or there, but most of them were difficult to stop,” Pant said.

“That pressure builds up in its own way, but as a wicketkeeper you must know this will go on. There will be byes, there will be catches that will go down, but what is important is what you do when the next chance arrives. Because there will always be a next catch. If you are not positive, if you are not in a good frame of mind, you can drop that next one too. To recover from your mistake, you have to stay positive. How you do it – as a player you should know that.” 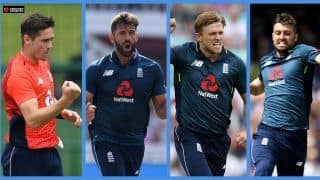 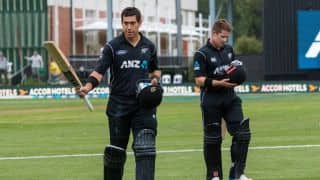