New Delhi: Carnage! Just one word to describe England’s inning against the Netherlands in the first ODI of the two-match series. The storm that started in the second over stopped after the end of their innings, shattering records in the process. England eventually ended up with 498-4, the highest ever ODI score, with Phil Salt, Dawid Malan and Jos Buttler scoring centuries. The previous best, 481-6 was also made by England against Australia at Trent Bridge in June 2018.

The Netherlands got off to a great start and dismissed Jason Roy for a duck. However, little did they know what was about to come. Phil Salt and Dawid Malan stitched a 222 run partnership in 28 overs before Salt departed for 122, his maiden century. Dawid Malan was joined by Jos Buttler and the batters demolished the Netherlands bowlers. Malan scored 125 off 129 but Buttler continued. He was on a six hitting mission and hit 14 sixes in a knock of 162 off 70 balls. He reached three figures in 47 balls for the second-fastest hundred for England. Liam Livingstone also piled on the agony and smacked 66 off just 22 balls. Meanwhile, Buttler now has the three fastest ODI centuries for the national team off 46 balls, 47 balls and 50 balls 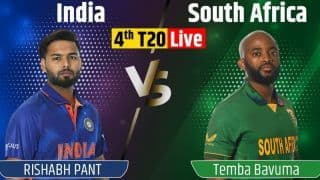 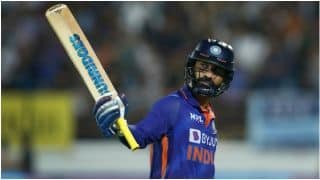