Having resumed practice for the first time since March, Hossain hopes to be fit by December 19, when the 2018-19 BBL gets underway.

Bangladesh allrounder Nasir Hossain, who has been out of action since the last eight months, is eyeing the Big Bash League to make his comeback in competitive cricket. Touted as a finisher in the national team, Hossain was ruled out of action following a tear in his right knee ligament. Yet to regain full fitness, Hossain has resumed practice for the first time since March and hopes to be fit by December 19, when the 2018-19 BBL gets underway.

“I am at my 70-80 percent at the moment. I can reach my 100 per cent speed after a couple of weeks. I hope to be fit before the BPL starts,” Hossain told Cricbuzz. “For now, I am thinking how fast I can be 100 per cent fit. If I can perform, the call-up will follow. I’ll try to get the place back by performing. BPL can be a turning point. Much depends on the performance there.”

Explaining the degree of the injury, Hossain revealed the seriousness of the injury was much more severe than what he expected at first. What was expected to be a tear was in fact, two torn ligaments which had damaged the meniscus that it needed surgery. “I had three surgeries,” Nasir said. “To be honest, it was quite frightening as I did not face any major injury scare and all of a sudden I came to know that three surgeries will be required. Those days, after the operation when I had to walk with the help of crutches, was nothing short of a nightmare.”

The worst aspect about the injury was its timing. Hossain was on his way to becoming an integral part of the national team when he was hit with the injury. He had noteworthy performances in the Dhaka Premier League and for Bangladesh A in Sri Lanka. Who is to say? A few more knocks and Hossain could have presented a strong case for himself in the Bangladesh line-up.

“I was in form, as the last time I batted, I scored a hundred. I am a firm believer of destiny and I cannot change what is written on my fate. There is no use grumbling over the past because it cannot be brought back, so only way for me is to look forward. This entire time [during the rehabilitation] has taught me a lot. Many things came in my life in 2018. At one stage, I was frustrated with everything – my game and my life. Cricket made me what I am today. It was hard to stay away from it. I tried not to be alone and to be with friends,” Hossain said.

“I felt restless. I wanted to start running first, since it was a knee injury. I’ve started running. I have held the bat today, after the last [Dhaka] Premier League. I didn’t even look at the bat until now. Cricket comes after my parents. Of course, I love [cricket] a lot. I have always known it and now I understand it more. In all, I didn’t have a good time. The worst time of my life is the year 2018, including injuries and other things.”

Disappointment aside, Hossain was happy to have picked up the bat and resume practice after months of rehabilitation.

“I’ll knock the machine for a few weeks, then speed up the machine slowly and after that I’ll bat against spin in the nets and then against pace bowling,” he added. “I kept the bat in my bag for the entire eight months and did not bring out for once. Today I batted after eight months. I was eagerly waiting for this day. I kept thinking about returning to action.

“Even while padding up it felt like a new experience to me today I took the stance with the bat, thinking if I used to stand like this or if it has changed. There was a lot going on in my mind. After two or three balls, the ball was hitting the middle of the bat. Even then, I did not understand if my hand movement was right, if my legs were okay. Same happened when I started bowling. I felt like I was forgetting the run-up. It will be alright after two-three days’ drilling and practice.” 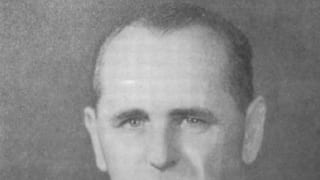 Conrad Powell Johnstone: The skipper who won the first ever Ranji Trophy match 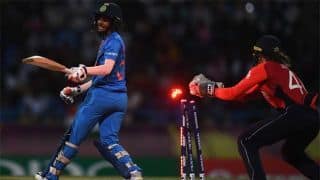