After making serious allegations like dog issues , sms divorce and black magic , Reham has now claimed that Imran divorced her after she asked for a wedding anniversary gift last year.

Former Pakistan captain Imran Khan is among those famous personalities of the country who always remain in the headlines. Be it political, cricket or his personal life, Imran knows how to be in the news. Last year, in October 2015, Imran divorced his second wife Reham Khan after 10 months of marriage. Going by the rumours, the fall of their marriage had begun just after the first six months and since then, Reham has been attacking Imran with her sensational statements almost continuously. Imran, who is the chairman of Pakistan Tehreek-e-Insaaf party, got married to Reham after ending his first marriage with Jemima Goldsmith, that lasted nine years.

After making serious allegations like dog issues , sms divorce and black magic , Reham has now claimed that Imran divorced her after she asked for a wedding anniversary gift last year. She said this to Pakistani news channel Geo news. “Let’s pray he doesn’t do something like this with Pakistan,” she said. Last year in November 2015, Reham revealed the reason behind her divorce with Imran in a Tweet by writing, “The Quran states that the fundamental reason why Iblees (Satan) taught people black magic was in order to cause separation between husband and wife.” There was also a report earlier that a row over dogs led to their divorce. ALSO READ: West Indies script record win against Pakistan in 3rd Test; Twitter erupts

Going by the reports, Reham was not happy with the fact that Imran s dogs used to enter her bedroom as well, followed by her unwelcome by the close relatives of her husband at their Bani Gala residence. There was another report over their divorce in which Imran divorced Reham through a text message followed by a brief email. She received that message while stepping off from the plane at Birmingham Airport. 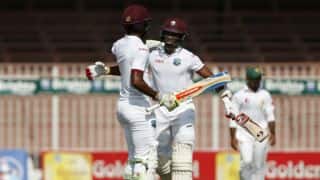 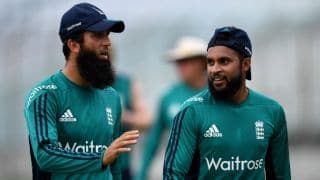