Harbhajan Singh is unhappy with the way India have lost the first two Tests against England and is especially critical of allrounder Hardik Pandya.

India offspinner Harbhajan Singh is unhappy with the way India have lost the first two Tests against England and is especially critical of Hardik Pandya who he believes shouldn’t be called an allrounder.

Pandya has so far managed 90 runs in four innings on England tour and has three wickets at an average of 37.33. In comparison, England allrounder Ben Stokes did fail with the bat at Edgbaston but his spell on the fourth day of the Test proved decisive. His replacement for the 2nd Test, Chris Woakes, also bowled brilliantly at Lord’s and then went on to score a maiden Test hundred. Another young allrounder Sam Curran bamboozled Indian batsmen with his left-arm pace in the first innings of the first Test apart from hitting an attacking half-century to take his team to safety.

“He (Pandya) hasn’t got many runs as a batsman and the captain doesn’t seem to have confidence in his bowling,” Harbhajan was quoted as saying by India Today. “If he doesn’t bowl in these conditions then things will only get difficult for him and the Indian team in the future. We have to remove the all-rounder tag from him as an all-rounder contributes in both the departments as (Ben) Stokes, (Sam) Curran did in the first Test and now (Chris) Woakes has done at the Lord’s. The same is expected of Hardik Pandya, he cannot become Kapil Dev overnight!”

Since making Test debut in 2017, Pandya has played in 9 Tests, scoring 458 runs with one century and three half-centuries. With the ball, he has taken 10 wickets at an average of 40.35.

Former South Africa captain Shaun Pollock recently advised Pandya to focus on one aspect of his game When questioned how he sees himself a batsmen who can bowlr or a bowler who can bat, Pandya replied, “If I am batting, I think as a batsman and if I am bowling, I thinks as a bowler. I don’t have any particular role.” 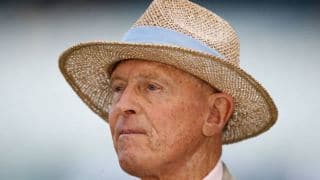