Pakistan continued their winning form to defeat Bangladesh by 50 runs in the one-off Twenty20 international at the Sher-e-Bangla stadium in Dhaka on Tuesday in a low-scoring affair. 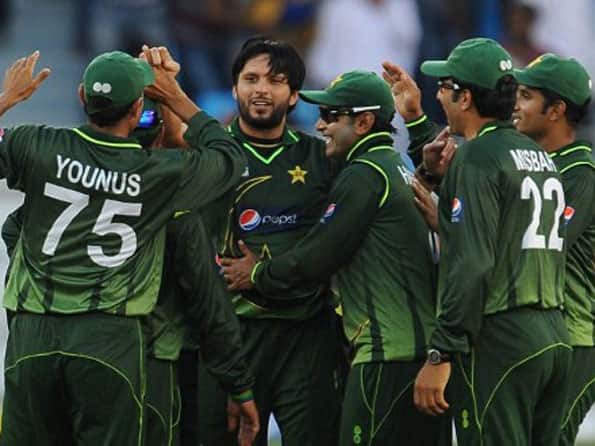 Pakistan continued their winning form to defeat Bangladesh by 50 runs in the one-off Twenty20 international at the Sher-e-Bangla stadium in Dhaka on Tuesday in a low-scoring affair.

Misbah-ul-Haq’s men, buoyant after a successful series against Sri Lanka in the United Arab Emirates, where they won in all three formats of the game, proved their mettle once again.

The tourists, playing their 50th Twenty20 match, fought back after being restricted to 135-7 to keep Bangladesh down to 85-9 on a slow wicket that hindered stroke-making.

The Tigers were in danger of falling below their lowest T20 total of 78 against New Zealand last year when they stumbled to 69-9 in the 17th over.

But Nasir Hossain hit a defiant unbeaten 35 with two boundaries and a six to ensure Bangladesh batted out their stipulated 20 overs.

The hosts were left to rue a lethargic batting display in which nine batsmen failed to reach double figures, while two ran themselves out.

The match was as good as over when Bangladesh lost half their side by the ninth over with the total at 23.

The batsmen undid the good work by the bowlers who kept the Pakistani batting in check after Misbah-ul-Haq won the toss and elected to take first strike.

Hafeez top-scored for Pakistan with 25, but found little support from the other end.

The rivals begin a three-match one-day series in Dhaka on Thursday, which will be followed by two Tests.(AFP)