The decision to drop veteran Mithali Raj and India's subsequent crushing defeat in the semi-final of the ICC Women's World T20 has created controversy.

The decision to drop veteran Mithali Raj and India’s subsequent crushing defeat in the semi-final of the ICC Women’s World T20 has provoked a heated debate.

India collapsed to be bowled out for 112 and lost to England by eight wickets to crash out of the WWT20. Mithali struck consecutive fifties before being rested for India’s final group fixture against Australia.

In the first semi-final, Australia thumped West Indies to make the final and India were to face England later on the same pitch. As per a report in The Times of India, the Indian team management took the decision after observing how the pitch behaved and decided to continue fielding the same winning combination as from their previous match.

A meeting between captain Harmanpreet Kaur, vice-captain Smriti Mandhana, coach Romesh Powar and selector Sudha Rai was held ahead of the match to pick the playing XI.

The report quoted team manager Trupti Bhattacharya’s report on the meeting as claiming that there was general consensus among the participants of the meeting on dropping Mithali. I, as manager, convened the meeting. They (captain, coach and selector) discussed the wicket and the coach expressed that the same winning combination against Australia should play. Harman and Smriti shared the same view and also told the selector, Sudha Shah, that an extra bowler would help the team.

The report further quoted a source as saying “The selector too was more a spectator here.

Harmanpreet however defended her tactics and said that she has no regrets as it was decision taken keeping team s interests in mind. It s not about not selecting Mithali, it s about keeping a winning combination, she said at the toss.

The news of Raj s omission did not go down well with her manager Annisha Gupta, who lashed out at Kaur and the Indian think tank on Twitter.

Unfortunately @BCCIWomen believes in politics not sport. After witnessing what @M_Raj03 s experience could do in IndvIre it s shocking that they went with what pleases @ImHarmanpreet -a manipulative, lying, immature, undeserving captain, Gupta s tweet read, soon after India were knocked out of the Women s World T20.

In another tweet, she called Kaur a manipulative, lying, cheat . 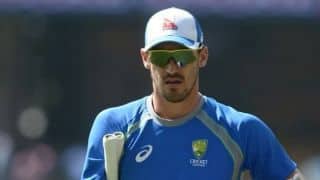 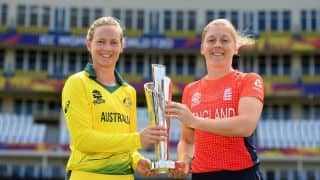