Raina in his book recalls meeting Dhoni for the first time during a Duleep Trophy match in Gwalior in 2005.

Be it in the blues for Team India or in yellow for the Chennai Super Kings, the Suresh Raina-MS Dhoni association and friendship go back a long way. But very few fans would actually know when the two met for the first time. Raina in his book, ‘Believe’, reveals it for the first time ever for the fans of the two Indian cricketing stars.

Raina in his book recalls meeting Dhoni for the first time during a Duleep Trophy match in Gwalior in 2005. It was during a game between East Zone and Central Zone. While Dhoni was the wicketkeeper for the East Zone side, Raina was the premier batsman in the opposition. Raina admits a long-haired hard-hitting Dhoni – who had already made his India debut by then – was a sight to behold.

Raina also goes on to reveal that none of them got big runs during that Duleep Trophy game. The left-handed batsman also recalls Dhoni taking his catch during the match.

Adding further, Raina says that during that game the two of them did not interact much. Yet Raina mentions that he felt Dhoni was similar to him.

Excerpt from the book: I remember when that was. I came across M.S. Dhoni for the first time during a Duleep Trophy match in Gwalior. It was February 2005, and I was representing Central Zone against East Zone, with Mahi Bhai as their wicketkeeper. He was quite a sight to behold. The long hair, the confident attitude, the self-belief and his hard-hitting. He had already made his international debut at that point, having played three ODIs in Bangladesh. But he had not made much of an impact. Neither of us scored too many runs in the game at Gwalior, but he did take my catch behind the wickets in the first innings. 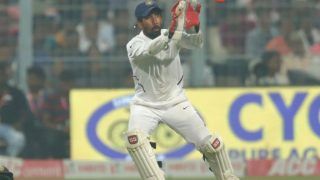 Wriddhiman Saha Recovers From Covid-19, To Join Team On May 24 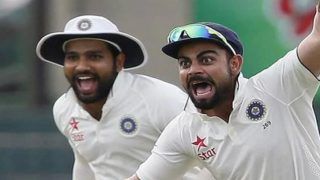