Richard Hadlee: No need for sledging and abuse of players and officials

Richard Hadlee: No need for sledging and abuse of players and officials

Richard Hadlee feels that there is no need for sledging and abuse of players.

Former New Zealand all-rounder Richard Hadlee criticised the highly abusive nature of some modern-day cricketers and stated that the game should not be played with a “combative approach”. “The game should be played hard and with intensity, but not with this combative approach. There is no need for sledging and abuse of players and officials,” he added.

Hadlee, however, said that he was pleasantly surprised at how the cricketing world came together to collectively mourn the death of Australian batsman Phillip Hughes after he was struck on the head by a bouncer. “It exemplified the spirit of cricket to me,” he said.

Hadlee called Hughes’ death a “tragic accident” where there was “no fault or blame”. The bouncer was an integral part of the game and must remain so, he stated.

On whether Test cricket could be played at night, Hadlee stated that he was not too sure about the concept, the colour of the ball was a problem, and that there were other factors too which could hamper Test cricket at night. “It’s been talked about for the near future and I have grave concerns about the concept. The ball colour is a problem. You can’t use a red ball at night because it can’t be seen and a red ball makes Test cricket. The coloured balls aren’t proven yet. There will be a tough period of batting between day and night where the light will be transitional and the conditions vary a lot between the day and night,” said Hadlee.

“And if there is dew and the ball gets damp, that could affect bowlers trying to swing or spin the ball. Then there’s the question over whether or not someone’s going to go along and watch after work for three hours or so when it might be cold. The decision-makers have a lot to consider,” added Hadlee, who has taken 431 wickets from 86 Test matches. 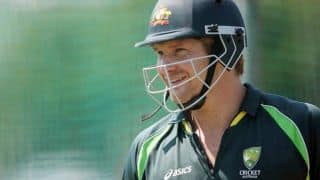