Richie Richardson has been looking after the affairs of the West Indies team after Gibson's departure.

Richie Richardson, the former West Indies captain has hinted that he might be keen on taking the role of the head-coach of the nation.

CMC reports that Richardson, presently the team manager, is highly concerned and looking in to replace Ottis Gibson, who recently after having discussions with members of the West Indies Cricket Board (WICB) executive resigned from the spot.

On Tuesday, Richardson said that he would not vacillate and happily accept the head-coach role for the cricketing nation.

Richardson, who has been a level three coach for England and Wales Cricket Board (ECB) said, “I’ve always said I would never say no when I am asked to do a job for West Indies cricket. I love West Indies cricket that much, so whatever I am asked to do I will say yes. It’s very difficult to say ‘no I am not going to do it’ so if the board approaches me and ask me to coach the team; obviously, I’d seriously think about it.”

Richardson’s contract as a manager ends in 2016. “We all know exactly what we have to do and everything just continued to run smoothly. The only difference is that it’s a bit more work for myself and also for the coaches because we are one personnel short, but we rallied and we’ve always been a very good team. We’ve always worked well together and we continued in that vein.” he added.

The tour of India for West Indies starts from 3rd October until 30th of the month. 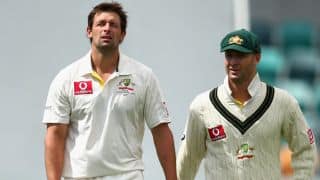 Australia tour of UAE 2014: Ben Hilfenhaus all set for comeback against Pakistan 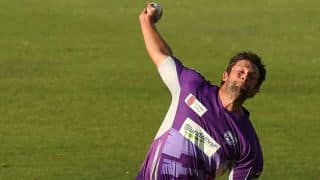