Ricky Ponting has been given the role of Ambassador for Tasmania for the trip from September 2 to 11 in India, Sri Lanka, Indonesia and Singapore.

New Delhi: Former Australian cricket captain Ricky Ponting has been appointed brand ambassador of his home state Tasmania and will join a government-led trade mission to the subcontinent that will explore export opportunities. Ponting has been given the role of Ambassador for Tasmania for the trip from September 2 to 11 in India, Sri Lanka, Indonesia and Singapore. The delegation will involve representatives from the state’s education, energy, tourism and hospitality sectors. Premier Will Hodgman said, “Ponting will participate in just the trip to India where he will engage high-level business contacts, promote education initiatives with ties to Launceston, and promote the state’s high quality experiences, food and beverages.” Sachin Tendulkar to play under Ricky Ponting’s captaincy in Marcus Trescothick’s All-Time XI

He said Ponting’s presence will help open doors in a country in which he is so revered. “Having Ricky Ponting in our team will be a distinct advantage given his already established connections. Ricky is also head coach of the IPL Mumbai Indians, which won the championship in 2015, so he has an enormous profile that will attract great interest in Tasmania and the trade mission.” Kumar Sangakkara to lead; Sachin Tendulkar to bat at No 4 in Ricky Ponting’s All-Time XI

Ponting said he was pleased to be a part of the trade mission. “I feel very humbled to formally become an Ambassador for Tasmania and use my international contacts to help my home state.I am a very proud Tasmanian and want to do my bit to help grow our state in every way possible.” International cricket referee David Boon, and Tasmanian IPL players James Faulkner and George Bailey, will join the delegation when it heads to Colombo, Sri Lanka. 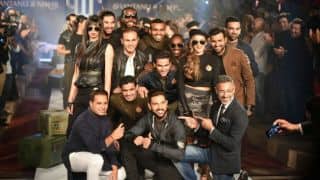 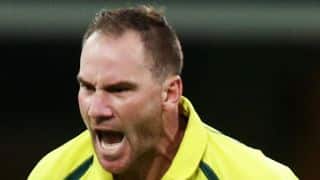