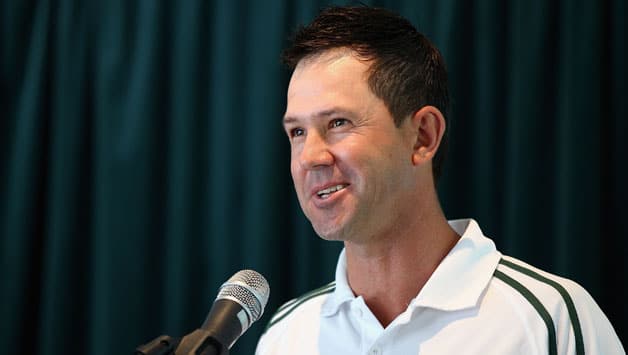 Ponting, who retired from international cricket last year after 168 Tests, believes both players warrant their places and feels Hughes, in particular, has been harshly treated.

The 24-year-old has already been axed three times and been shuffled up and down the order.

“He is clearly our best young batsman in the country,” Ponting told Australian Associated Press, referring to Hughes, on the current one-day tour of India but missing from the Test team since July.

“The guy knows how to bat. He knows how to score runs. And he’s just the sort of character that you love to have around your team. He would be somebody that I would give a spot in the order and let him go about making that his own… if you give him a bit of love and a bit of stability around his game, I’m sure he’ll come good.”

Ponting has previously been critical of selectors chopping and changing Australia’s batting line-up and has urged them to “pick and stick” with a top six.

He said wayward Warner, who has been in regular trouble and was axed for punching English opener Joe Root during the tour of England earlier this year, will have learned from his exclusion.

“To me, some of the things that have happened have just been almost tell-tale signs of someone just under extreme pressure,” Ponting said of Warner, who has been in fine form for his state side New South Wales after being overlooked for the India tour.

“The thing about Davey, he hasn’t had a break from any cricket for about two years… and it’s such a  high-pressurised environment. You need to be able to get away and let a bit of steam off here and there.
“Whenever he has tried to do that, he has got himself in a little bit of trouble.

“He would have learned from that and it will make him a better person and hopefully a better cricketer.”

Australia, who have won only one of their 10 Tests this year, play five Tests against England starting at Brisbane’s Gabba on November 21.

England are due to arrive in Perth late Friday.