Former Australia captain Ricky Ponting marked his First-Class Surrey debut with a century against Derbyshire in the County Championship on Saturday. 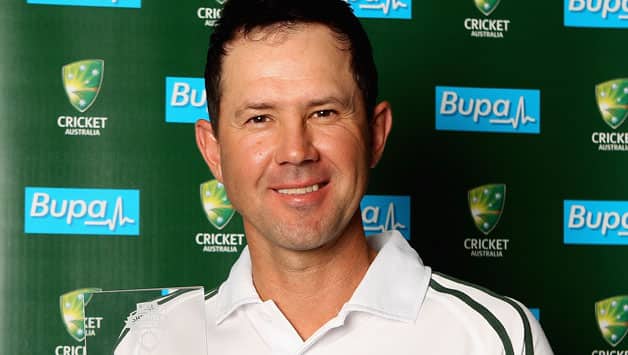 Former Australia captain Ricky Ponting marked his First-Class Surrey debut with a century against Derbyshire in the County Championship on Saturday.

All three of them are some way off the record mark set by England’s Jack Hobbs. He has scored 199 centuries.

Ponting has retired from international cricket and has joined Surrey for a brief spell while captain Graeme Smith is away on international duty.

The 38-year-old batsman showed there is still life in the old dog as he cruised to his 81st hundred and shared a third-wicket stand of 180 in 49 overs on the third day of a four-day match at Derby.

However, with Surrey still trailing by 90 runs it is hard to see either side forcing a victory on the final day.

Vikram Solanki and Harinath put on 133 for the second wicket to set the stage for Ponting.

Derbyshire knew they had to get Ponting early to put the visitors under pressure, but several of their bowlers complained of “light-headedness” along with umpire Nigel Cowley, who left the field for 20 minutes and was replaced by Surrey first team coach Ian Salisbury.

The sight of Ponting stroking the ball around was enough to make their heads spin but Harinath was far from overshadowed and celebrated his third first-class century in style by lofting Durston for a straight six that was well caught by a spectator.

Ponting’s first 50 for Surrey arrived from 85 balls when he pulled David Wainwright for his sixth four, although he was lucky when he mistimed a pull at Footitt which lobbed over the wicketkeeper’s head for two.

Ponting was soon raising his bat in recognition to the applause for his hundred, which came when he swept Durston for his 13th four.