Ponting talked about the finisher's role in the shortest format and hailed Dhoni, Pollard and Pandya for nailing the job for their IPL teams and national team.

Ricky Ponting points out what the current Australian team is lacking for the upcoming T20 World Cup. In recent past, the graph of the Australian team has gone down in terms of winning big ICC tournaments and series-win over big teams. Now the next target for the Kangaroos is to silence their critics by lifting their maiden T20 WC trophy this year.

Ponting, who is arguably one of the greatest captains in history, feels that the Australian team lacked a finisher in their side like Mahendra Singh Dhoni, Hardik Pandya or Kieron Pollard. The Australian team have many talented batters on their side including captain Aaron Finch, David Warner, Steve Smith and Glenn Maxwell but there is not an out and out finisher for them in T20 format.

Ponting emphasized that all of Austalia’s best batsmen played in the top 4 positions in the Big Bash which makes the situation concerning for the team to find the finisher.

“The spot I think they’ve always been worried about is that finishing role, and one of the reasons for that is that all of our best batsmen bat in the top four in the Big Bash, so you’ve actually got no one that’s consistently batting in that area. It’s a very specialist position to be able to go in with three of four overs to go, with 50 runs needed and be able to do it,” cricket.com.au quoted Ponting as saying.

The legendary captain further talked about the finisher’s role in the shortest format and hailed Dhoni, Pollard and Pandya for nailing the job for their IPL teams and national team.

“Dhoni has been in that one spot his whole career and no wonder he’s so good at it. Hardik Pandya and Kieron Pollard are similar — these guys continually win games of cricket for their country and in the IPL, they’re used to going in batting at those spots. That’s what we’ve got to find. Is it going to be (Glenn) Maxwell and Mitchell Marsh that are going to finish the games, is it going to be Marcus Stoinis? I think that’s the area that they’re more worried about. The top order will look after itself because everyone is batting in the top order in Big Bash,” he added. 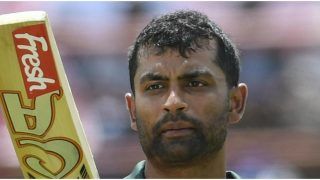 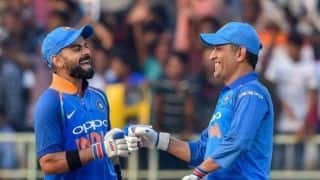