“He is to Australia what Rahul Dravid was to India. Ricky is a great player and he kept the team together especially coming in at No. 3 like Dravid did for us,” Kumble was quoted as saying by The Times of India.

Kumble also lauded Ponting, who is set to retire from Test cricket after the third and final Test of the series against South Africa at Perth, for his aggressive attitude as a player and a captain.

What was striking about his batting was the way he stayed positive right throughout,” Kumble recalled.

“As a captain he was always under pressure especially while playing in Australia. He had abrilliant team and the results followed, but when those key players retired I feel his approach didn’t change,” he added.

Kumble, who is the third highest Test wicket-taker of all time said that Ponting was a good player of spin bowling.

“He was a good player of spin and he did exceptionally well against us in Australia. He was very good against fast bowling in particular and few played the short delivery better than him,” Kumble concluded. 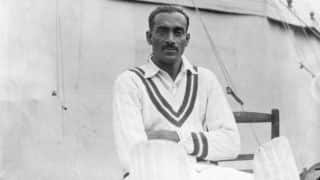