Former England captain Michael Atherton hailed Ricky Ponting as a "great competitor" after the Australia star announced Thursday his intention to retire from international duty after the upcoming Test against South Africa in Perth. 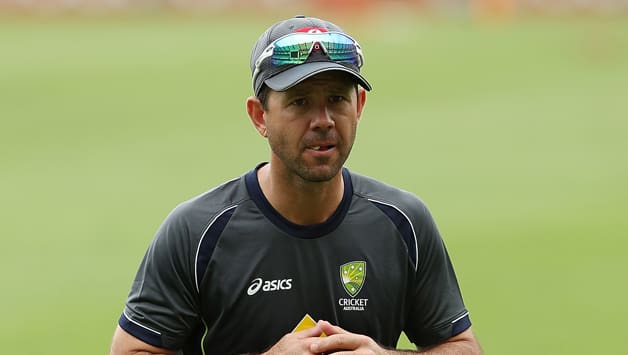 Former England captain Michael Atherton hailed Ricky Ponting as a “great competitor” after the Australia star announced Thursday his intention to retire from international duty after the upcoming Test against South Africa in Perth.

Ponting, who turns 38 next month, will be playing in his 168th Test, equalling Steve Waugh’s Australian record.

During the course of his 17-year career Ponting has so far scored 13,366 Test runs, including 41 hundreds at an average of 52.21, with only Indian maestro Sachin Tendulkar having scored more Test runs than the Tasmanian.

Throughout his career, former Australia captain Ponting was bracketed with Tendulkar and the retired West Indies star Brian Lara as one of the best batsmen of his generation.

Atherton, an opening batsman who played against all of the trio during his England career, said Thursday it was Ponting’s attitude he would remember more than his run-tally.

“He’s right up there (with the best ever), averaging more than 50, the second most Test runs and more than 40 hundreds,” Atherton told Sky Sports.

“But I don’t think of him so much in a statistical way. He was just a great competitor for Australia.

It was a point re-iterated by South Africa captain Graeme Smith, who said: “Initially, it was a bit of a shock…I’ve played a lot against Ricky and he’s the most competitive man I’ve ever played against.

Michael Clarke, Ponting’s successor as Australia captain, said he was stunned by the timing of the announcement.

“I didn’t have a feeling it was coming. He’s been an amazing player for a long time.”
Former Australia team-mate Shane Warne was among a host of players, past and present, who took to Twitter to sing Ponting’s praises.

“Congrats to Ricky Ponting on an amazing career, well done Punter…Enjoy your last match in Perth buddy, was a pleasure playing with you!!!”.

Meanwhile former England captain Michael Vaughan, who led his side to an Ashes victory over Ponting’s Australia in 2005, said the Australia great was the “best batsman I had the privilege to play against”.

And current England batting star Kevin Pietersen said: “Ricky Ponting RETIRES…. ONE OF THE GREATS! I always got excited playing AUS, so I could watch him bat up close. Well done Punter!”

There were tributes too from a younger generation of Test cricketers, with 24-year-old India rising star Virat Kohli saying: “Ricky Ponting – what an absolute legend. I am glad I had the honour of playing against him. Take a bow.”