Former Australian cricketer Ricky Ponting is reportedly in talks with Cricket Australia to coach his country's team for the next World T20I tournament.

Former Australian cricketer Ricky Ponting is reportedly in talks with Cricket Australia to coach his country’s team for the next World T20I tournament.

According to News.com.au, Cricket Australia is in negotiations for Ponting to coach the home team for the event which is to be played on the home soil in 2020.

The two-time World Cup winning captain had earlier been the assistant coach for the T20I side in a three-game series against Sri Lanka earlier this year.

The 43-year-old will also play an assistant’s role to Darren Lehmann in Australia’s T20I tri-series against England and New Zealand in February.

But with Lehmann’s contract expiring in 2019, CA is likely to appoint Ponting for the lead role for the T20I side.

Ponting is also likely to return to coaching for next year’s Indian Premier League (IPL) as the head coach for Delhi Daredevils. 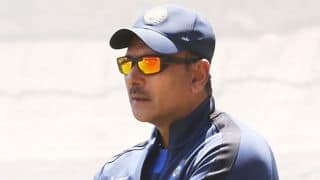