Glenn Maxwell has thrown light on Australia's epic record-breaking run-chase in a T20I against New Zealand at Eden Park last year in February.

Glenn Maxwell has thrown light on Australia‘s epic record-breaking run-chase in a T20I against New Zealand at Eden Park last year in February.

Martin Guptill and Colin Munro powered New Zealand to 243/6 in front of a packed stadium at home, leaving Australia batsmen to break the highest T20I run-chase record to win.

Glenn Maxwell, who blasted 31 off 14 in that match, revealed how assistant coach Ricky Ponting fired the dressing room into believing they could easily chase down the target.

“Our players heard that and went ‘all right, no worries’, and then we looked around at D’Arcy Short, David Warner, Chris Lynn, myself and Aaron Finch we looked at that top five and went ‘there’s not many better top fives in the world, so let’s go out and do this’.”

Ponting was appointed temporary assistant coach for that series before being confirmed to the role this year again to help Australia defend their World Cup title in England.

“That’s the sort of confidence that he gave us as a team. Not only by the words he said, but through the conviction with which he said them. He makes you feel like you can walk on water sometimes. He’s a good person for the batters to talk different tactics with because he can read someone’s technique really well.

“And he’s an unbelievable coach in the way that he coaches technique and the basics of the game. He can spend five minutes with you and work out any flaws and strengths that can slightly help, without changing your game too much. He can even change your mindset with just a conversation because of his amazing ability,” the 30-year-old said. 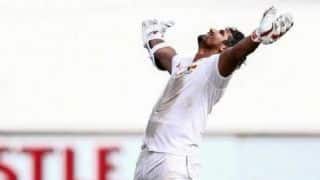 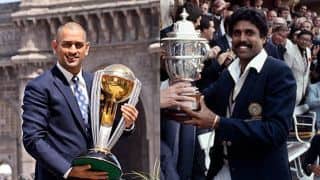