Former Australian leg-spinner Stuart MacGill said on Sunday that the axing of former skipper Ricky Ponting will not bring an end to Australia s batting woes, which have lasted for about 12 months. 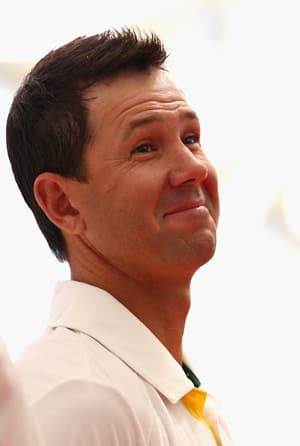 Former Australian leg-spinner Stuart MacGill said on Sunday that the axing of former skipper Ricky Ponting will not bring an end to Australia s batting woes, which have lasted for about 12 months.

Australian cricket experts and media had called for the axing of Ponting, after they suffered a humiliating eight-wicket loss against South Africa in the first Test of the recently concluded Test series.

MacGill was quoted by Sydney Morning Herald, “Ricky Ponting will not play Test cricket if he doesn’t think that he deserves his spot in the side. That means if everyone else in the top six is consistently making runs and there is a clear successor in the wings making piles of runs in Shield cricket then he will know the time has come.”

“That is not the situation he finds himself in. Australia’s batting problems over the last 12 months can’t be solved by bringing his career to a premature end,” he added.

Under pressure to retire following his prolonged lean patch, veteran batsman Ponting vowed to fight for his place in the Australian Test team ahead of the upcoming series against New Zealand.

Ponting is coming off a lean 24 months with the bat, averaging just 14 in his 13 innings before scoring a crucial 62 against South Africa in Johannesburg this week.

“Of course (I want to keep playing). I really enjoy it and always have,” Ponting said after arriving home from South Africa.

“It’s a great team to be a part of at the moment. I want to be around and hopefully be able to have some sort of impact on the way the team plays If I keep doing my job, then hopefully I keep getting picked,” he added.

There is no bigger series than India-Pakistan: Rameez Raja