The raging debate over the sensational switch-hit by David Warner during the first twenty20 match against India in Sydney grew louder with two former Australian skippers divided in their opinion over legality of the shot. 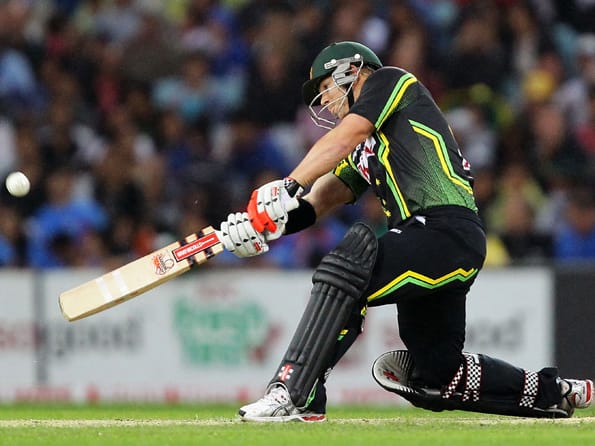 The raging debate over the sensational switch-hit by David Warner during the first twenty20 match against India in Sydney grew louder with two former Australian skippers divided in their opinion over legality of the shot.

The 1999 World Cup winning captain Steve Waugh feels the shot should be allowed if the rules change to protect the fielding side, while skipper of 2003 and 2007 champion side Ricky Ponting termed it “unfair”.

“I think it’s been overstated that it’s unfair,” said Waugh, who is on the Marylebone Cricket Club Rules committee.

“If it’s unfair, let’s see everyone else play it. It’s such a hard shot to play, I would think as a bowler you would be very happy to see a player try to hit that shot,” he told The Australian.

Waugh feels the new shot should be encouraged but said law related to lbw decisions needs to change.

“I think the only thing that needs changing is the law that if it pitches outside leg stump it can’t be lbw. I think that rule should go out the window as soon as you reverse hit. You can be lbw if it pitches on either side of the wicket,” he said.

“I think it’s just part of the game. If there’s new shots, it means the game is evolving and I think anyone who complains about it is living in the past.”

However, Ponting feels it is unfair and said if the batsman’s grip didn’t change, he would be more comfortable with the shot.

“I’d probably rather see it just played with the hands on the bat the same way so it becomes a reverse hit rather than a switch hit,” Ponting said.

“I think that would probably be fairer. From a bowler’s point of view, they’d probably be jumping up and down about it.”

However, Warner remains unperturbed and said he would continue to play the shot as it helps him to break up a bowler’s line.

“I have showed people that I can do it … so I am going to keep doing it and if I get out, I get out,” he said.

Warner, who first played the shot during last year’s Champions League, said during the match in Sydney he produced the stroke as he wanted to score a few runs off R Ashwin, who was restricting his by bowling a leg-stump line.

“I had the confidence through that Champions League to keep bringing it out, then obviously the other night I was a bit bogged down so I thought why not bring it out and relieve a bit of the pressure,” he said. (PTI)

Channel Nine not to telecast India-Sri Lanka ODI at Perth