Ricky Ponting says he would consider the role of chairman of selectors if offered the job and is also open to discussions on a coaching position with Australia.

Bengaluru: Former Australia captain Ricky Ponting says he would consider the role of chairman of selectors if offered the job and is also open to discussions on a coaching position with the team. Ponting has emerged as a possible candidate to replace Rod Marsh, who quit as chairman of selectors following Australia’s string of heavy ODI and test defeats to South Africa. Australia’s hapless performances in the 2-0 series loss to the Proteas came in for huge criticism, with demands for heads to roll in both the dressing room and the corridors of power at Cricket Australia (CA). Marsh announced a month ago that he would step down in mid-2017 but said last week he would vacate the role immediately and was replaced by Trevor Hohns on an interim basis. Shane Warne, Ricky Ponting and other Australia greats demand revamp of team s cricketing structure

“I’d consider it and have a think about it,” Pointing told Australian Associated Press during the World Cup of Golf celebrity pro-am event in Melbourne on Wednesday. “I’ve said to Cricket Australia from the moment I’ve finished I’m happy to get involved somewhere and help out where I can. Full-time coaching roles for me are something that we need to work through and talk about,” he added. Ponting, who stepped down as coach of Indian Premier League’s Mumbai Indians this year after leading them to the title in 2015, said he would have to talk to his family before making any decision.

“With that role, you’re probably on the road for six or seven months of the year and I’ve done that for 20 years,” the 41-year-old said. He has already been in talks with CA to coach the team for a three-match Twenty20 series against Sri Lanka in February. Australia face South Africa in the final test at Adelaide Oval beginning on Thursday. 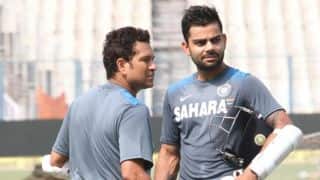 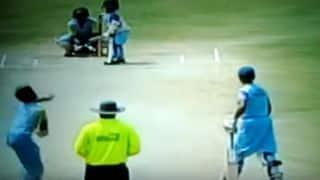 VIDEO: 5-year old Rudra Pratap playing for Delhi Under-14 side